The country with the highest level of direct ownership of the means of production by the working class in the Western Hemisphere (more than 50% of GDP and nearly 80% of economic units);

Gender equality policies have reduced the gender gap (from 90th to 12th), 50% of all candidates for public office must be women as required by law, Nicaragua ranks 5th overall in the world for gender equality; 1st in women heading government ministries, it is the country with the highest presence of women in its cabinet (58.82%), as well as having the fourth highest presence of women in the legislative branch (48.4%), 3rd in the world for political participation of women, and first out of 153 countries for educational attainment and health and survival. (Source: World Economic Forum and UN Women)

The safest country in Central America and one of the safest in Latin America (with a rate of 3.5 homicides per year per 100,000 inhabitants, Costa Rica being the closest with 11.2)

One of the governments in the world with the highest sustained popular support for the longest period of time (with rates around 60% in the last eleven years, almost uninterruptedly).

Before the 2018 coup attempt, Nicaragua was the second fastest growing tourism destination in the Americas, becoming a world-renowned tourist destination and had an average economic growth of 5.2% for the past five years (according to the IMF and the World Bank). “The macroeconomic policies implemented by the Government of Nicaragua are positive and should serve as an example for Latin America”, said Min Zhu, Deputy Managing Director of the IMF

Nearly 122,000 families have received new homes and there are no more homes without adequate roofing.   In
Nicaragua half a million people have been titled land or homes since 2007, either new to them or family land that had lacked legal title. 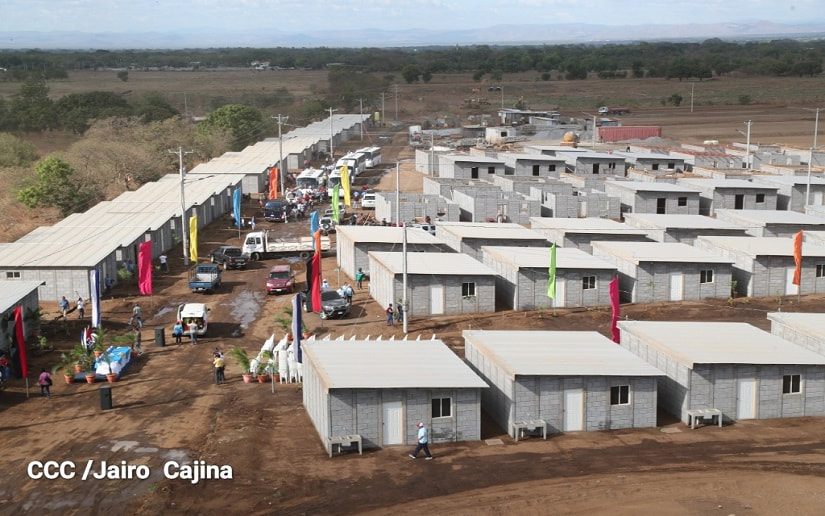 Reduced absolute and relative poverty by 50%

Electricity covers 99.5% of the national territory and with subsidized rates, and 90% of the energy comes from renewable sources.

Drinking water for 98.2% of the country

More than 3700 kilometers of highways constructed, with new land connections between the Atlantic and the Pacific, and transport is subsidized at the lowest cost in Central America.

Education is free up to the highest university level: some thirty-two thousand classrooms have been built or rehabilitated, one million two hundred thousand school meals per year and six million backpacks with student materials have been delivered, just so as to make the right to study of the less favored a reality.

Every worker is given one month’s paid vacation, 13 paid holidays, an extra month's pay each year, pregnant women are mandated two months of paid maternity leave and there are guaranteed pensions from the age of 60, and programmed periodic wage increases. [they just announced 5 percent increase in all wages].

Affordable credit for peasant families and support for farmer’s cooperatives.  Financing for tens of thousands of families and small businesses

Stadiums and sports centers built in all cities and most towns, and parks have been rebuilt with free wi-fi.

A good life certified by two data: migration at the lowest level of the entire region and security at the top of the continent.

In recent years, the Nicaraguan government has titled a full one-third of its territory to 300 Indigenous communities to be communally owned and managed.  [That would be like the U.S. deeding all lands west of the Rockies to First Nations].

These achievements are confirmed by the World Bank, IMF, World Economic Forum, and IDB.

These phenomenal improvements to quality of life are the reasons that Nicaraguans support the government – a recent poll showed that 77% of the population believe the Sandinista government is working for the good of the general population of Nicaragua.